Since EXTTI’s founding (more than 20 years ago), Michael A. Robbins has worked on close to 700 employment cases as an expert witness and consultant. His work is divided between work for plaintiffs and for defendants. Previously, having practiced labor and employment law for 20 years, Mr. Robbins has extensive credentials in this area. These credentials, combined with a persuasive, authoritative style, result in an impressive presentation before judges and juries as well as before mediators and arbitrators. In 2006, Mr. Robbins was selected for “Best Lawyers in America Preferred Experts.”

Catherine A. Balin and Scott I. Barer also have conducted and guided hundreds of investigations. Ms. Balin has not only done so during her time at EXTTI, but also throughout her more than 30 years as a Human Resource Professional. Based on this human resource experience, Ms. Balin is well-qualified to testify about workplace investigations, as well as other human resource issues.

Bob Sniderman has many years of human resource experience. He regularly has  conducted workplace investigations in both the public and private sectors. In addition, he is a hands-on expert on the interactive process – assisting employers in their attempts to accommodate employees with disabilities. He has testified extensively both on workplace investigation issues and also on interactive process/accommodation issues.

While at the EEOC, Samantha Blake monitored state FEP agencies’ (“deferral agencies”) efforts to investigate harassment, discrimination and retaliation complaints filed with those agencies. Since joining EXTTI, she has conducted many investigations in a variety of industries.

All of these  professionals at  EXTTI are uniquely qualified to present expert testimony in employment litigation matters. 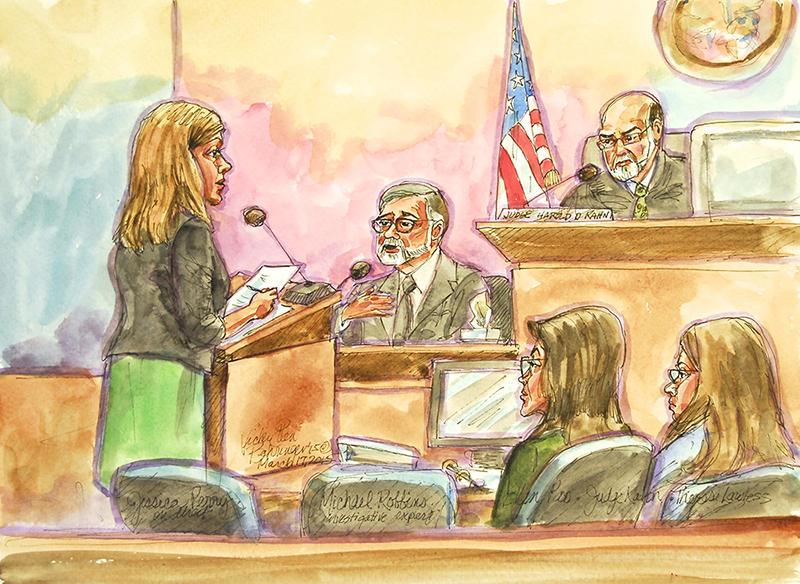 EXTTI professionals are qualified to testify concerning the adequacy of an employer’s investigation, the reasonableness of their conclusions and about the propriety of the actions taken in response.

Such expert testimony is not only crucial in harassment,  discrimination and retaliation lawsuits, but has become fundamental in wrongful termination lawsuits involving investigations into employee misconduct.

Mr. Robbins and Mr. Barer have assisted hundreds of employers (both large and small) with their labor and employment problems. Both have drafted, reviewed, and/or revised hundreds of employee handbooks, manuals and personnel policies – including policies relating to harassment, discrimination and retaliation. As an in-house Human Resource Professional,  it was up to Ms. Balin to insure that such polices were implemented and followed. As in-house counsel, this was Mr. Klein’s responsibility as well.

EXTTI professionals are well-qualified to testify concerning the adequacy of an employer’s harassment, discrimination and retaliation training programs – and on the need for such programs. Having conducted countless seminars and training sessions on harassment, discrimination and retaliation, they can testify, from personal experience, as to the effectiveness of such programs – when a training program has been executed and implemented correctly, and when it has not.

Ms. Balin was a hands-on Human Resource Professional for over 20 years. This included many years as Vice President of Human Resources for a national healthcare company, where she was responsible for the management of a fully integrated Human Resource function. Thus, she is eminently qualified to testify on a variety of Human Resource issues.

Dr. Sniderman has many years of Human Resource experience. Plus, he has particular expertise as to policies and procedures for accommodating employees with disabilities.

EXTTI professionals have testified on many other Human Resource and employment issues, including those relating to wage and hour issues, just cause and attorney malpractice.

Cases frequently are won (or lost) based upon the quality of the expert witness testimony which has been presented. The expertise, qualifications and presentation skills of the professionals at EXTTI are second to none.