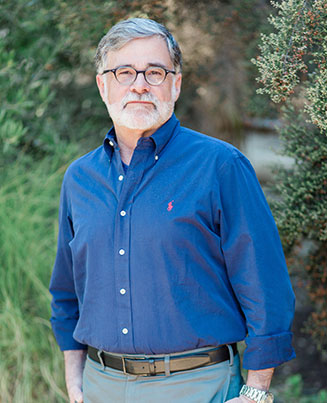 Mr. Robbins is a Phi Beta Kappa graduate of San Diego State University where, in 1975, he obtained his Bachelor’s degree in History (Minors in Spanish and Political Science) with Highest Honors. He was also Valedictorian—first in a graduating class of over 5,000. In 1978, Mr. Robbins obtained his Juris Doctor degree from the U.C.L.A School of Law. While at U.C.L.A., Mr. Robbins worked for the U.C.L.A. Institute of Industrial Relations and was a Judicial Extern for the California Courts of Appeal.

Mr. Robbins received his initial training with the Federal Government, at the National Labor Relations Board (NLRB) – first working as a Summer Intern, and then as a Field Attorney. He then worked as a Senior Attorney (Labor Law) at CBS, Inc. Following CBS, he worked as Director of Labor Relations and Labor Counsel for Golden West Broadcasters/Golden West Television (which then owned a number of radio and television stations as well as the Angels baseball franchise).

In 1982 he joined the International Law Firm of Pepper, Hamilton & Scheetz (now, Troutman Pepper Hamilton Sanders ). Joining as a Senior Associate, in 1986, he was voted into the Partnership. While at Pepper, he headed that firm’s West Coast Labor Law Department. During that time, he also taught Human Resources at Loyola Marymount University’s Center for Industrial Relations. In 1991, Mr. Robbins joined the Beverly Hills law firm of Rosenfeld, Meyer & Susman, LLP as partner in charge of the Labor and Employment Law Department. Recognizing his expertise, in 1995, Mr. Robbins was selected by the Los Angeles Business Journal as one of preeminent business attorneys practicing in Los Angeles County. Eventually, he became the firm’s CEO and Managing Partner. As Managing Partner, he managed a firm of over sixty attorneys and an equal number of staff. In 1998, after practicing labor  & employment law for 20 years, Mr. Robbins resigned from Rosenfeld, Meyer & Susman in order to found EXTTI, Incorporated.

Over the years, Mr. Robbins has written numerous articles and contributed to a number of books in the area of Labor and Employment law. He is a frequent lecturer and speaker in both the academic and legal communities. As a well-known expert in workplace investigations, he often has been sought out by the press to provide commentary concerning developments in that area. For example, he has been quoted in U.S. News and World Report, The Los Angeles Times, The Daily Journal, Daily Variety, and in many other publications. Also, he has made a number of appearances on radio and television. He has been interviewed on Public Radio concerning sexual harassment in the entertainment industry. He has appeared on NBC and also on local CBS channels discussing various issues relating to sexual harassment in the workplace. In 2006, Mr. Robbins was selected for “Best Lawyers in America Preferred Experts.” At EXTTI, Mr. Robbins uses his  skills and decades of experience, to provide the following expert witness services: (1) preventing harassment, discrimination, and retaliation from occurring (generally, this includes analysis of employer policies, training, and responses to claims of harassment, discrimination, and retaliation); (2) workplace investigations into various sorts of workplace misconduct allegations; (3) the interactive process in disability matters.

Mr. Robbins has worked on close to 700 employment cases as an expert witness and consultant. His work is divided between work for plaintiffs and for defendants. In addition, he has conducted and/or directly supervised well-over 600 workplace investigations.