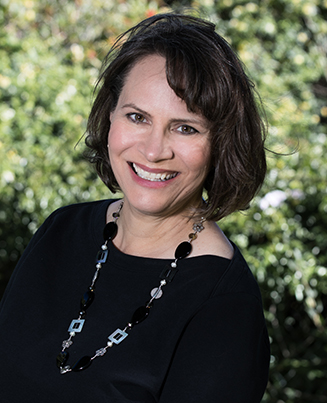 Ms. Blake earned her Bachelor of Arts in Philosophy (with Honors), and Psychology from the University of Washington in Seattle, Washington.  While at the University of Washington, Ms. Blake was selected to participate in the Arts and Sciences Honors Program, was named to the Dean’s List, and was a member and officer of the Golden Key National Honor Society.  Ms. Blake received her Juris Doctor degree in 1993 from Loyola Law School in Los Angeles, California.

Ms. Blake has thirteen years of litigation experience in both state and federal courts.  Before joining the EEOC in 2001, she was a general business litigator in the private sector, first as an associate with Kehr, Schiff & Crane, LLP and later as a senior litigation associate with Crowe & Rogan LLP.

Ms. Blake worked as a Trial Attorney for the EEOC between 2001 and 2007.  During that time, she also served details an Administrative Judge (adjudicating discrimination claims of federal employees); an EEOC Enforcement Supervisor (supervising and managing investigators); and a State and Local Coordinator (providing oversight to the California Department of Fair Employment and Housing, the Hawaii Civil Rights Commission, and the Nevada Equal Rights Commission).

Since 2005, Ms. Blake has frequently presented and provided training to various groups, large and small, including public and private employers, human resources and management professionals, law enforcement, attorneys, and employee advocacy groups.  Ms. Blake has also published several articles.  While with the EEOC, she was quoted in publications throughout the country.

Ms. Blake is a trained mediator, and has conducted both private- and public-sector mediations.  Between 2008 and 2019, she provided mediation services to the EEOC’s Alternative Dispute Resolution Unit.  Between 2009 and 2013, she mediated for the California Academy of Mediation Professionals, resolving numerous cases pending in the Los Angeles Superior Court.

Ms. Blake is a member of the Association of Workplace Investigators, Inc. (AWI), for which she is a Certificate Holder (AWI-CH).  She has served on AWI’s Testing and Certificate Subcommittee since 2018.  She chaired the AWI Weekly Committee for two years from 2017 to 2019 and was an AWI Local Circle Convener from 2015 to 2018.  Ms. Blake was also a member of the AWI Publications Committee from 2013 to 2017.  Ms. Blake is a member and former Treasurer of the Society of Independent Workplace Investigators (SIWI).  She also belongs to the Labor and Employment sections of both the California Lawyers’ Association (CLA) and the Los Angeles County Bar Association (LACBA).  She is a past member of the Southern California Mediation Association (SCMA) and was the Chair of its 2018 and 2019 Employment Mediation Institutes.

Ms. Blake brings her years of experience to the following areas: